The UNESCO World Heritage Centre, jointly with the Nordic World Heritage Foundation (NWHF) and with the generous support by the Prince Albert II Foundation of Monaco organized the first meeting ever on World Herit- age and the Arctic. We beneited from holding the meeting back to back with the Arctic Council (Narvik, November 2007). This high level intergovernmental forum to promote cooperation, coordination and interaction among the Arctic States, with the involvement of the Arctic In- digenous communities was formally established in 1996 and is currently chaired by Norway (2006-2008). Also for the first time, a representative of UNESCO spoke to the Arctic Council.

Due to the synergy effects between the two meetings, representatives from the eight States Parties of the UNESCO World Heritage Convention in the Arctic region, the or- ganizations of the indigenous people, the Advisory Bod- ies (IUCN, ICOMOS), the NWHF and the World Heritage Centre were able to discuss issues related to World Heritage, including climate change impacting on existing World Heritage sites in the region such as Ilulissat Icefjord and Greenland (Denmark), management of sites, reviewed Tentative Lists and potential nominations and cooperation n common themes.

Arctic Issues as they relate to UNESCO’s mandate have now become a focus of the organization and a major con- erence on sustainable development of the Arctic in the ace of global climate change addressing scientiic, social, ultural and educational challenges is being planned for 2009. This publication demonstrates that World Heritage onservation can bring stakeholders together in exploring hese challenges further.

GRID-Arendal's activities are nearly always a cooperative undertaking made possible through collaboration with our various partners, and donors. 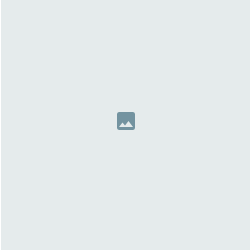